This is a class action brought in the USA against China

May 7, 2020 · 13 min read
A copy of the action is available here. An analyses of the various lawsuits are available at lawfareblog.com.
Our view is that China cannot be sued.

This is class action brought by the Named Plaintiffs, individuals and business owners in the United States and State of Florida, for damages suffered as a result of the Coronavirus pandemic, against Defendants, the People’s Republic of China and its various government entities overseeing the response to the Coronavirus pandemic in China generally and within Hubei Province and the City of Wuhan.
The world has been devastated in recent days by the ongoing march of the new strain of the Coronavirus, more commonly known as COVID-19. The virus began in Wuhan, Hubei Province, China in December 2019, and has quickly spread throughout Asia, Europe and, North America.
The PRC and the other Defendants knew that COVID-19 was dangerous and capable of causing a pandemic, yet slowly acted, proverbially put their head in the sand, and/or covered it up for their own economic self-interest.
The conduct of Defendants has caused injury and incalculable harm to Named Plaintiffs and Class Members, and such injury and harm will only multiply in coming days and weeks. The Defendants’ conduct has caused and will continue to cause personal injuries and deaths, as well as other damages.

The China coronavirus lawsuit filed this week by attorneys Matthew Moore and Vincent Duffy alleges that the PRC failed to report and contain the virus promptly, or to disclose the number of cases. 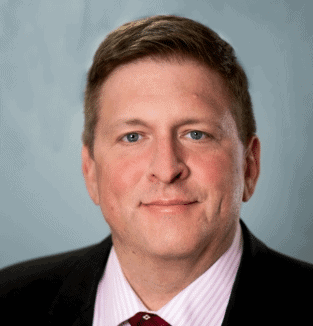 Matthew Moore
“Given what was happening in the past few days in the United States, it seemed to the firm and Russell Berman, the head of the firm, we weren’t going to get any better,” Moore, who works in Los Angeles, told Law.com. “It seems like chaos is about to unfold on the United States. We wanted to address it, and get it out there.”

The World Health Organization declared the COVID-19 outbreak a global pandemic this week, and President Donald Trump declared a national emergency Friday, while other countries have announced major measures to lockdown their cities in an attempt to control the spread of the pandemic.
President Trump has received criticism for labeling the virus the ‘Chinese coronavirus’, but the lawsuit is clear in targeting the PRC for “. . causing a pandemic, yet slowly acted, proverbially put their head in the sand, and/or covered it up for their own economic self-interest,” the complaint says. “The defendants’ conduct has caused and will continue to cause personal injuries and deaths, as well as other damages.”

The lawsuit, on behalf of five Floridian plaintiffs, refers also to the Wuhan-based bio-weapons lab that could have developed the virus and then negligently permitted its spread globally.
The PRC, the lawsuit alleges, created “essentially a giant Petri dish” in the region near Wuhan, creating the global COVID-19 outbreak.
The lawsuit alleges claims of negligence, emotional distress, public nuisance and strict liability for “conducting ultrahazardous activity.”
“The PRC and the other defendants knew that COVID-19 was dangerous and capable of causing a pandemic, yet slowly acted, proverbially put their head in the sand, and/or covered it up for their own economic self-interest,” the complaint says.
“The defendants’ conduct has caused and will continue to cause personal injuries and deaths, as well as other damages.”
The coronavirus class action lawsuit was filed by Logan Alters, Marta Reyes, Lawrence Wood, Stephen Clyne, and The Pitching Lab, also known as TBT Training.

Pandemic Mishandled by the PRC

We note that some of the allegations flows from research papers, amongst them a paper titled Angiotensin-converting enzyme 2 (ACE2) proteins of different bat species confer variable susceptibility to SARS-CoV entry.
It would interesting to see how many of the suits filed in the UK, USA and India against China will be successful in due course, and whether the SA government will follow suit with actions for damages against its biggest trading partner.
The further question that comes to mind is whether business owners in South Africa will in future be able to sue the SA Government for compensation in the event that the SA government does not claim damages from China if such a claim could have been instituted by the SA government.
During 2019 South Africa and China signed 93 trade agreements. Amongst them the following list is published. The details are however not availabe:

Update as at September 2020

Plaintiffs sued Defendants People's Republic of China and various government entities alleging that plaintiffs have or are virtually certain to suffer physical illness or death, as well as emotional distress, as a result of the negligence of defendants in handling the COVID-19 outbreak
Docket Report
Published on May 7, 2020

No comments yet. Start a new discussion.

How would you rate the blog?

How would you rate the blog?